Tales of the Lawless Land 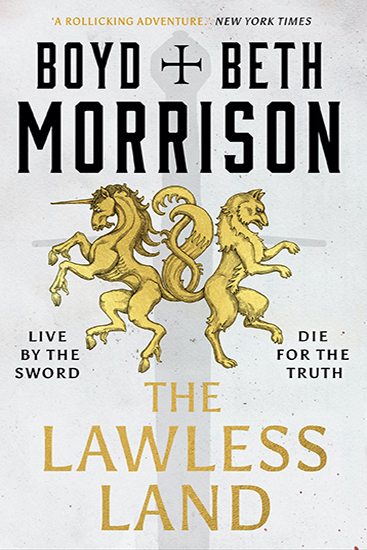 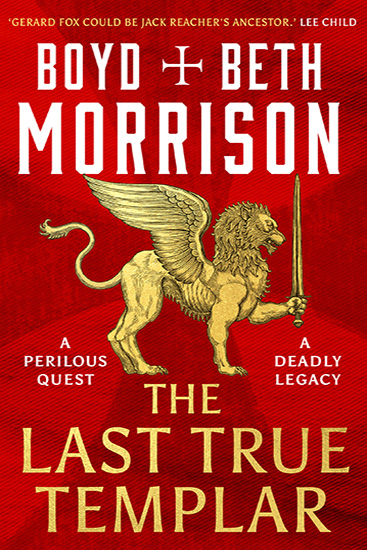 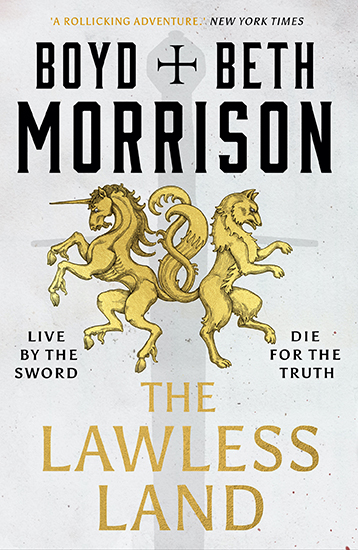 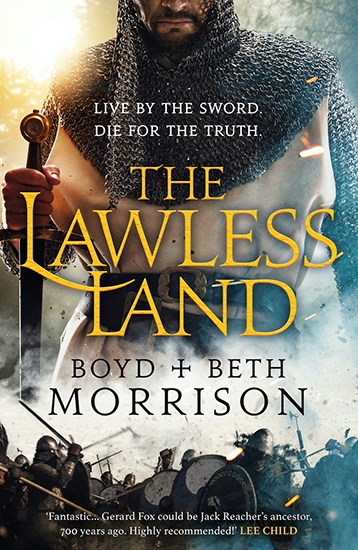 The Pestilence has ravaged England. Fields and villages lie abandoned but for crows and corpses. Roads and highways are unpatrolled but for marauders and murderers. In these dark and dangerous times, the wise keep to themselves.

But disgraced Knight Gerard Fox cannot afford to be wise. He has been robbed of his ancestral home, his family name tarnished. To regain his lands and redeem his honour, he sets forth to petition the one man who can restore them.

Fate places Fox on the wrong road at the wrong time. Riding deep into the wild woods, he hurtles towards a chance encounter. It will entangle him with an enigmatic woman, a relic of incalculable value and a dark family secret. It will lead him far from home and set him on a collision course with one of the most ambitious and dangerous men in Europe—a man on the cusp of seizing Christendom’s highest office.

And now, Fox is the only one standing in his way.

Praise for The Lawless Land

“[T]he knight-errant at the center of Boyd and Beth Morrison’s rollicking adventure, The Lawless Land, is a fittingly valiant paragon of chivalric virtue. Early on, while rescuing a damsel very much in distress, Gerard Fox explains that his personal story is ‘full of murder, intrigue and treachery of the worst sort…’ that’s best ignored while surrendering to the inventive twists and turns of a satisfyingly bustling plot.”
—New York Times Book Review
“[An] exceptional series launch… Historical fiction fans will eagerly await (Boyd and Beth’s) further adventures!”
—Publishers Weekly, Starred Review

“A simply riveting action/adventure novel… the stuff of which blockbuster movies are made. The Lawless Land will leave its enthusiastic readers looking eagerly toward the next installment.”
—Midwest Book Review

“Will have medieval action fans on the edge of their seats… The Lawless Land is what you get when you put Jack Reacher into a medieval setting.”
—Grimdark Magazine

“The Lawless Land is a fantastic start to a brilliant new adventure series that you won’t want to miss… Boyd and Beth Morrison bring the Middle Ages to life in vivid detail with historical authenticity and a sense of fun… this thriller has it all!”
—Graham Brown, #1 New York Times bestselling author of Fast Ice

“The Lawless Land by Boyd Morrison and Beth Morrison is a thoroughly entertaining tale that I found to be exceedingly well told. In their first collaboration, they have crafted a novel full of both authenticity and thrills, and readers are sure to clamor for more from this writing duo.”
—Mark Greaney, #1 NYT bestselling author of The Gray Man

“The Lawless Land is non-stop action, an exciting cross between Raiders of the Lost Ark and Excalibur that will have you turning the pages so fast you’ll get blisters! I can’t remember the last time I read a thriller that was so much fun. It’s the perfect beach read!”
—Lee Goldberg, NYT bestselling thriller author

“The Lawless Land is a compulsively readable, immersive tale of chivalric adventure and dangerous romance in a war-torn, plague-stricken Europe. Readers will relish the twists and turns of the plot, thrilling to a chase that gallops across lawless lands, winds through treacherous labyrinths, and risks all in mortal combat as the daring hero and heroine strive to save themselves and their imperiled world. A hugely entertaining historical novel!”
—Eric Jager, NYT bestselling author of The Last Duel

“A gallant knight, a witty heroine, a quest for the ages… In The Lawless Land, the Morrisons have created a thrilling medieval adventure packed with fascinating historical detail. The Lawless Land combines the rich historical tapestry of Umberto Eco and the relentless pace and adventure of Clive Cussler into a brilliant new series. I can’t wait to see where Fox goes next!”
—J.T. Ellison, NYT bestselling author of Her Dark Lies 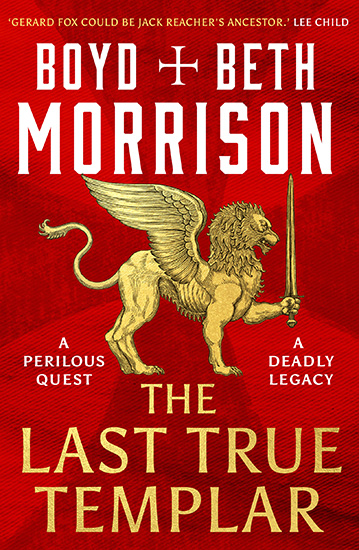 The thrilling new historical adventure from New York Times bestselling author Boyd Morrison and expert medievalist Beth Morrison. Fox and Willa find themselves on a dangerous quest for the treasure of the Templar Knights.

A Perilous Quest. A Deadly Legacy.

Italy, 1351. English knight Gerard Fox and the resourceful Willa have come through a death-defying journey across war-torn Europe. Now looking towards their future together, they must first find a way to reconcile with their difficult pasts.

In a small village between Florence and Siena, Fox and Willa are caught up in a deadly ambush. After rescuing the enigmatic woman who is the target of the attack, they take refuge in her opulent villa and learn her heartbreaking story – a tale of loss, deception… and a burning desire for freedom.

Soon, Fox and Willa are involved in a perilous quest to save her family’s legacy… and to do so, they will have to solve a mystery that points the way to the fabled lost treasure of the Knights Templar.