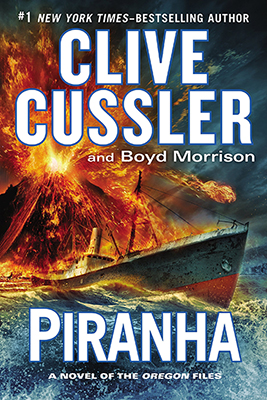 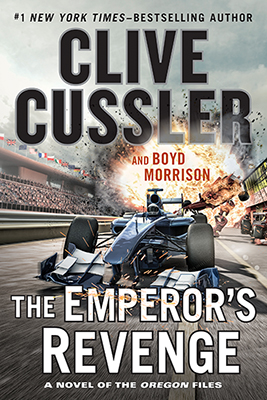 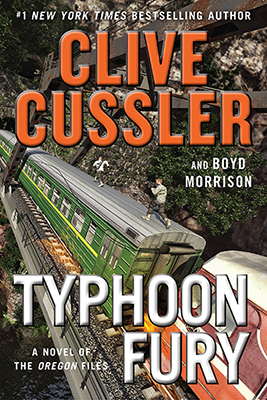 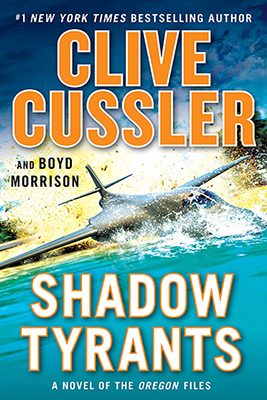 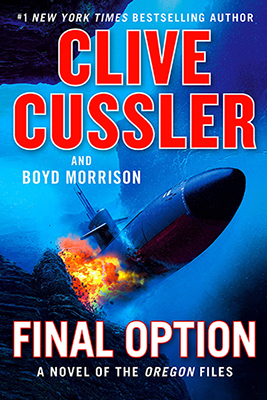 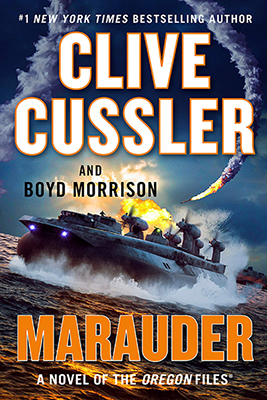 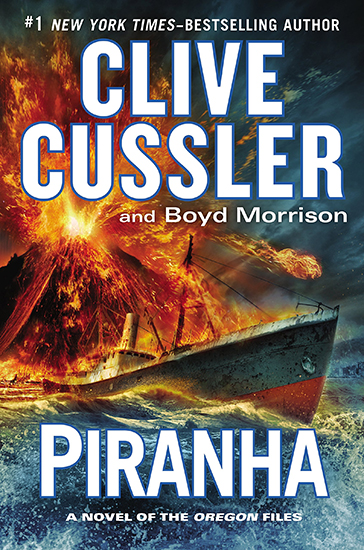 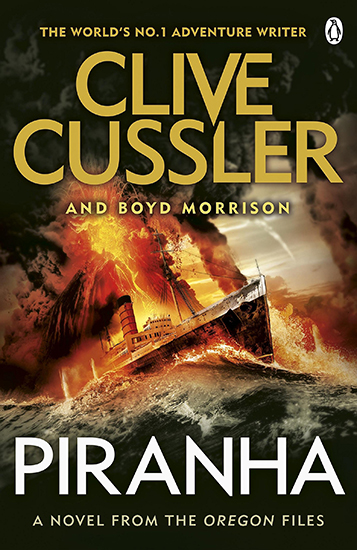 Juan Cabrillo and the crew of the Oregon return in the extraordinary new novel in the #1 New York Times bestselling series by the grand master of adventure.

In 1902, the volcano Mt. Pelée erupts on the island of Martinique, wiping out an entire city of thirty thousand—and sinking a ship carrying a German scientist on the verge of an astonishing breakthrough. More than a century later, Juan Cabrillo will have to deal with that scientist’s legacy.

During a covert operation, Cabrillo and the crew meticulously fake the sinking of the Oregon—but when an unknown adversary tracks them down despite their planning and attempts to assassinate them, Cabrillo and his team struggle to fight back against an enemy who seems to be able to anticipate their every move. They discover that a traitorous American weapons designer has completed the German scientist’s work, and now wields extraordinary power, sending the Oregon on a race against time to stop an attack that could lead to one man ruling over the largest empire the world has ever known.

“Scores a direct hit. Series fans will have a lot of fun.”
—Publishers Weekly
“The best entry in the series to date. A perfect beach read.”
—Associated Press
“An intense octane afterburner. Piranha will take readers to the edge, at a pace so fast you may find yourself needing oxygen.”
—Suspense Magazine 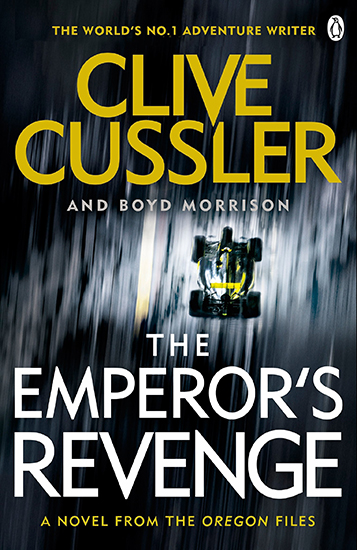 Juan Cabrillo and the crew of the Oregon face their toughest challenge yet when a violent bank heist during the Monaco Grand Prix decimates the Corporation’s accounts. To get the money back, Juan joins forces with an old friend from his days in the CIA so they can track down a rogue hacker and a ruthless former Ukrainian naval officer. It is only after the hunt begins that the enormity of the plan comes into focus: the bank theft is just the first step in a plot that will result in the deaths of millions and bring the world’s economies to a standstill. The catalyst for the scheme? A stunning document stolen during Napoleon’s disastrous invasion of Russia. But two hundred years later, it may be the thing that brings Europe to its knees.

Praise for The Emperor’s Revenge

“The Emperor’s Revenge is a solid and fun entry that showcases what fans love when they pick up one of Cussler’s novels: a wonderful blend of action-adventure and history.”
—Associated Press 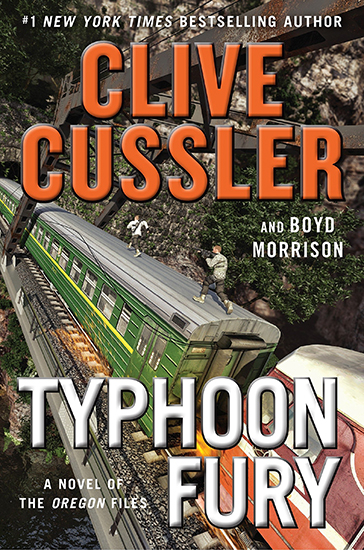 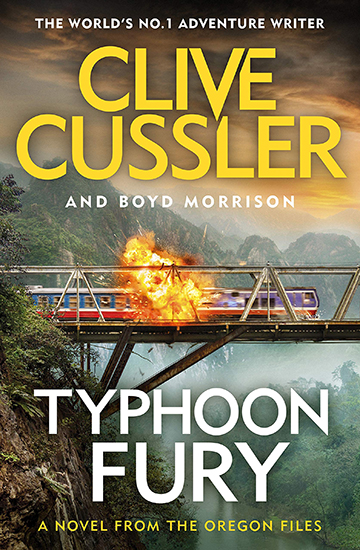 Juan Cabrillo and the crew of the Oregon sail into a perfect storm of danger to try to stop a new world war, in a thrilling suspense novel from the #1 New York Times bestselling grand master of adventure.

Hired to search for a collection of paintings worth half a billion dollars, Juan Cabrillo and the crew of the Oregon soon find themselves in much deeper waters. The vicious leader of a Filipino insurgency is not only using them to finance his attacks, he has stumbled upon one of the most lethal secrets of World War II: a Japanese-developed drug, designed, but never used, to turn soldiers into super-warriors. To stop him, the Oregon must not only take on the rebel commander, but a South African mercenary intent on getting his own hands on the drug, a massive swarm of torpedo drones targeting the U.S. Navy, an approaching megastorm—and, just possibly, a war that could envelop the entire Asian continent.

“Expertly drawn characters and a well-constructed plot make this one of Cussler’s better efforts.”
—Publishers Weekly

“Cussler and Morrison will always entertain when you’re tired of binge-watching TV action shows.”
—Kirkus Reviews
“The Oregon crew continues to be fleshed out as compelling characters and the descriptions of the ship make the journey worthwhile. Villainy on land, sea and air—what more could an adventure fan ask for?”
—Associated Press
“I really enjoyed these characters, the story and how bad ass the crew of the Oregon is. It’s what I like to call a page-turner. I couldn’t put the book down until I finished it.”
—Red Carpet Crash 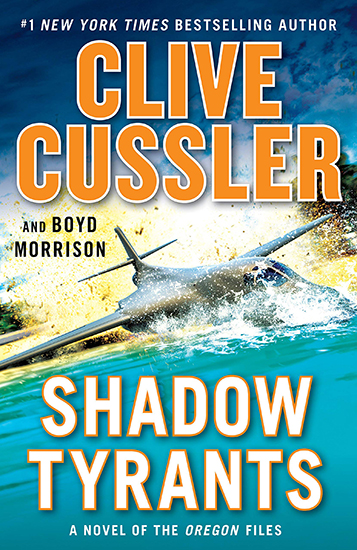 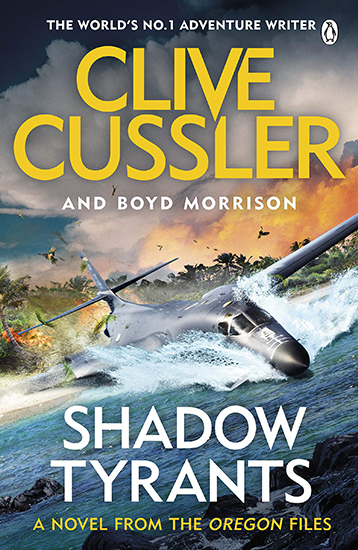 Only Juan Cabrillo and the crew of the Oregon stand between two warring moguls and global havoc in this thrilling suspense novel in Clive Cussler’s #1 New York Times bestselling series.

More than two thousand years ago, an Eastern emperor charged a small group with safeguarding a body of knowledge and secrets powerful enough to change the history of mankind. They went down in legend as the Nine Unknown Men—and now two rival factions of the descendants are fighting a mighty battle. Both sides think they are saving the world, and both of them are willing to use horrifying means to accomplish its goals. Now it is up to Cabrillo and his team of expert operatives to stop the them and save the earth from a dynasty of terror.

“Cussler and action-adventure fans will love this latest Oregon Files novel. New characters to the team are most welcome, and the sheer insanity of the story line will keep readers guessing about what’s going on until the last page of the book.”
—Associated Press
“Shadow Tyrants now marks the fourth consecutive teaming of Cussler and Morrison in the Oregon Files series, and it’s obvious that they are operating as a well-oiled machine. The result is a novel that crackles with intensity and maintains a high level of suspense from start to finish.”
—Bookreporter.com 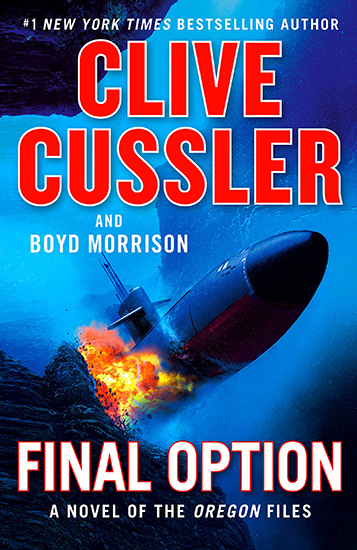 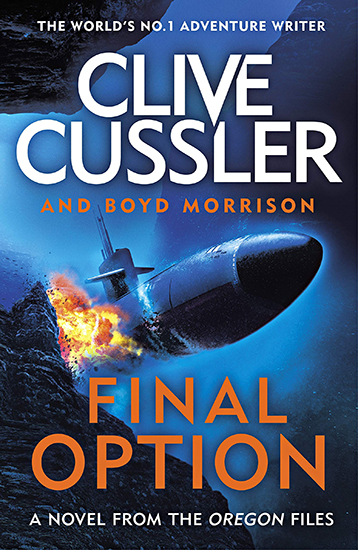 In Final Option, Juan Cabrillo fights the worst enemy from his past to the terrifying and unexpected ending created by the Grand Master of Adventure, Clive Cussler, in the latest action-packed thriller in his #1 New York Times bestselling series.

When the CIA realizes the identities of three American spies in Brazil have been compromised, they turn to Juan Cabrillo and the crew of the Oregon to rescue the agents. What seems a routine operation turns out to be a trap designed by Juan Cabrillo’s greatest enemy, a man driven by hate to seek the ultimate revenge. At the heart of the plot is a state-of-the-art ship that is identical to the Oregon: same weaponry, same technology, same ability to evade capture. The only thing it doesn’t have is Cabrillo and his talented crew. But will they be enough to go up against the one ship that rivals their own?

The crew of the Oregon must piece together a series of disturbing events, including the mysterious sinking of a nuclear attack submarine and the possible discovery of a WWI-era weapon that was thought to be lost in the jungles of Brazil, in the ultimate game of cat and mouse.

“Startling… The intense, riveting climax takes the Oregon where the ship has never been before. Series fans won’t want to miss this one.”
—Publishers Weekly

“An all-out nonstop action thriller… Boyd Morrison has taken this Clive Cussler series to new heights, and Final Option is the best one yet. Cussler and Morrison have written another guaranteed bestseller.”
—Associated Press

“Boyd just took the series and turned it on its proverbial head, spun it around, and allows readers to see that just about anything can happen. The Oregon Files series has become the best series in the Cussler library.”
—Suspense Magazine 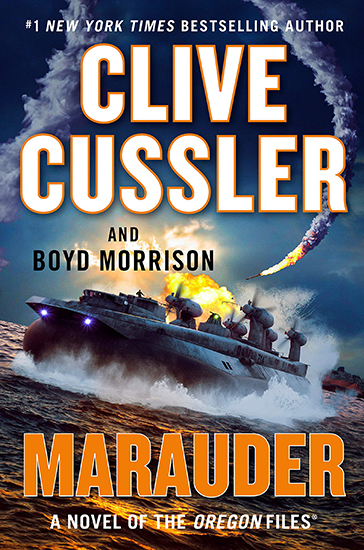 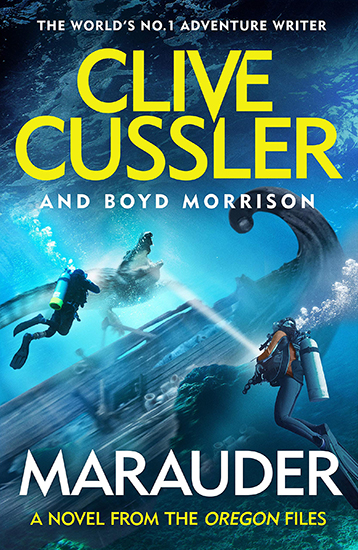 It is up to Juan Cabrillo and the crew of his ship, the Oregon, to stop a terrorist plot to release a deadly chemical weapon across the globe in the explosive new novel in Clive Cussler’s #1 New York Times bestselling series.

While interrupting an attack on a Kuwaiti oil tanker, Juan Cabrillo and his team discover something even more dangerous: a ruthless billionaire’s dying wish has allowed a paralyzing chemical to end up in the hands of a terrorist group. When an Oregon crew member falls victim to the poison, Juan Cabrillo will stop at nothing to find an antidote before it is too late. He and his team must connect an ancient mystery with a cunning modern enemy in order to save millions of innocent lives, including their own.

“Readers will race through the pages to see what happens next.”
—Publishers Weekly
“Marauder is everything you would want from this writing team, and the action never slows down.”
—Bookreporter.com
Sign up for Boyd’s Newsletter: Subscribe